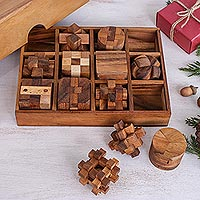 These earring are so detailed, not just with paint, but with subtle technique as well which causes them to be mistaken for real until seen up close. I used to wear real feather earrings and they would all get oily, from our hair and skin, fray and fall apart. These give me the best of both worlds, look real and last!

I feel pretty every time I wear these earrings

always look for unusual earrings that are long and sparkling. Not only is the sparkle wonderful. but also the basic color blends with so many of the colors I wear: blues and purples. Another great feature is their light weight. I dont feel any pull at all. Im so glad I decided to buy it. Its one of my top go to pairs

I was excited once again when I realized the Artist had made matching earrings for the beautiful necklace I had purchased previously! Now I have a wonderful set of Amethyst gold jewelry to wear that I know will get a lot of attention. Great color and well crafted!

"Collecting jewelry and gemstones has been my passion ever since childhood."

The artistry of Neeru Goel has been featured in Depth magazine.

"Hi! My name is Neeru Goel and I was born on September 19, 1960. I spent most of my childhood in Kolkata, a metropolis in West Bengal. Collecting jewelry and gemstones has been my passion ever since childhood. I have been greatly inspired by my grandmother who used to look into each and every... read more

Showcased for its exquisiteness in our amethyst dangle earring collection, this purple jewel also enjoys a prominent role in Greek mythology. A legend recounts the unintentional creation of the amethyst gem by an angry god called Dionysus. Drunk off wine, Dionysus one day decided to create and subsequently unleash tigers on the mortals. On that same day, the pure maiden Amethyst was paying tribute to the goddess Diana. But Diana’s prayer was abruptly interrupted and the goddess was forced to change Amethyst into crystal quartz to protect her from the tigers. Sobered by the consequences of his reckless actions, Dionysus began to cry tears of red wine, turning the quartz purple. Thus, as legend has it, Dionysus’ tears created the amethyst gem. NOVICA artisans have made use of the beautiful and legendary jewel to bring you a spectacular collection of purple amethyst dangle earrings. Enjoy the rich history of the gem featured in NOVICA’s massive selection of amethyst earrings.