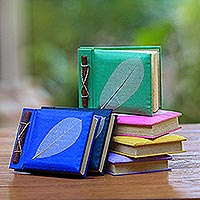 Wanted something unique and these were just the perfect earrings. Small beads, so are not overpowering, jusr very subtle and great.

The carved faces are fabulous, and the amethysts are beautiful. I might have to keep these for me, although I bought them for a gift!

These earrings are exquisite, very well made with an exotic one of a kind look. They take an otherwise everyday outfit and transform it into a unique statement. I love them!

Known for its protective qualities, January’s scarlet birthstone, garnet, was once placed under ancient soldiers’ shields and buckles to ensure safe travels. But it is garnet’s resemblance to a pomegranate seed that has captivated the attention of jewelry makers and lovers alike for centuries. NOVICA’s gifted artisans from around the globe present you with an unmatched selection of elegant crimson jewelry in NOVICA’s garnet chandelier earrings collection. Set in vermeil, gold garnet chandelier earrings capture the likes of fiery embers on a summer night. Thai artisan Withaya Cheunjit draws on the dynamic energy of garnet, adorning the feet of sterling silver elephants with the sprightly jewel in his original garnet earrings. Often associated with passion and love, red garnet chandelier earrings are the perfect anniversary or Valentine’s Day gift for the special woman in your life. We hope you enjoy exploring this collection of handmade jewelry.